Alright, I have to rant a little.

I’m thankful for the people in my life who have offered me a place to stay and helped me out. But after a certain point, you start to wonder who’s helping who out more. You start to feel as though you get taken advantage of or overlooked.

Before living with M and S, I had only lived at home. And living at home had it’s own drawbacks (and it was mentally exhausting and stressful), but at least the one thing I can say is my mom kept a clean house. We always had what we needed (for the most part), and as much as I bitched about cleaning at her convenience, well, at least the house got cleaned on a regular.

Prior to moving in with those two, I had basically started living with C. And… we made a good balance for the most part. Sure, there’s things he does that annoys me, and he doesn’t clean up his stuff as fast as I want him to, but at least when he cleans, he cleans well. And I had free reign at his place. I made sure that place didn’t look like a trash pit after a night of having friends over. Dishes were done as soon as they started piling up. And the best part? It was just us, so it was easier to keep up with. I honestly didn’t mind it because I could do things at my leisure, versus being told to do them.

At M and S’s place, I started to gain a bit of freedom. Or I felt freer. But eventually, there were drawbacks. The room we stayed in was rather small for starters. Half the size of their room. Majority of our stuff was left in the basement because there was absolutely no room anywhere upstairs for it.

That was the thing, too. 90% of what was in the main part of the house, it was theirs, not ours. Sure, they shared, but it never felt like home to me. The living room was their space, C and I hardly ever spent time down there. We lived out of our room. And our room was very cramped. When I got pregnant, and started getting bigger, our room felt even more claustrophobic.

But I didn’t want to bitch, they were helping us out. Or were they really?

Weren’t we helping them out more by paying half the bills now? We had less space, but paid the same amount. And we were contributing towards things we didn’t even benefit from.

Then the little things started to pile up. Like the dishes. M would make a dinner and leave her messy dishes piled up in the sink, not rinsed or soaking. And if I wanted to cook or do something, I had to work around that or do up the dishes. Because even if they did do dishes, I usually felt the need to redo them.

Here’s a fun fact: the dishwasher only does so much work. You can’t stick a plate in the dishwasher with food still on it and expect the dishwasher to scrub it off. It’s not going to happen. It might get most of it, but not all. And honestly? Think about the fact that all that food is piling up in your dishwasher, and it’s not really helping the cleaning issue. I think this is why I prefer cleaning my dishes by hand anymore. At least I know it’s clean and scrubbed.

I’m running into a worse issue at my current place. With 5 of us here (and one of their friends has been here for over a week), there is always dirty dishes in the sink. I cleaned the kitchen up, did a shit ton of dishes (by hand, not dishwasher), scrubbed the stove up, and all the counters, only to have it a mess two days later. It’s getting annoying. I understand that people don’t feel like doing dishes everyday, but when you live with people, it’s a common decency to at least do up your own dishes.

They’re also terrible about cleaning very well, though. Half the time I grab a dish or glass I have to inspect it because there’s still food on it. It’s annoying. Maybe some people are okay with that, but I grew up in a house where I had to do dishes just about every night. And if they had shit on them? I had to redo them. No half assing it. So maybe it’s bad for me to have that expectation of other people, but I honestly can’t live like that. Too OCD.

Not even talking about the kitchen anymore, there’s the bathroom issue. Because it’s bad right now. And I’m honestly disgusted by it.

There’s shit all over the sink. Random stuff. There’s a glass just sitting on the sink for no reason, hair all over the place because someone shaved or trimmed. Combs and brushes, a shower cap, and other odd stuff that just doesn’t need to be there. There’s even hair in the cupboard above it.

That’s not even the worst part.

At this moment, we have about 5? towels just bunched up and hanging on the rod by the toilet. One or two of them is on the floor. C and I keep our towels in our room.  There was no hand towel in the bathroom when we moved in, I added one.

The toilet has this urine smell to it, I don’t know if it’s the plumbing or just the fact that someone can’t aim and there’s piss stains underneath the seat. Oh, I about fell in the other day and accidentally sat down without realizing the seat wasn’t down. Nasty.

That same day, I had noticed that someone had apparently shaved inside of the shower? I’m confused by this, but there were hairs all over the side and the inside of the tub. Not sure if it was beard or pubic but both are nasty. B’s fiance got in the shower right after I noticed and I think she at least got rid of the hair, but still.

The tub looks nasty, I refuse to clean it based off the fact we’re not staying here very long. But, it looks bad. Also, I have to admit that I think they’re still using the same shower curtain that they did when I came to visit two years ago.

Another thing that’s been bothering me, too, is that a week after moving in, B’s roommate L, he went away for a week. Which is fine. But C’s Head & Shoulder’s shampoo/conditioner went missing the day he left. It was over half full, recently bought. Never returned. We had to buy another for him.

Today, the main reason for my post, is I went to go downstairs to do laundry. This is the second time that I have had to pull L’s stuff out of the washer and dryer (he was doing laundry 3-4 days ago by the way), so I could use it. And then I noticed that there was no more dryer sheets. At all. And I don’t get it. I had half a pack of Gain dryer sheets that someone else used, and there was still a good amount of B’s dryer sheets the last time I did laundry (two weeks ago). L had obviously used the last and just didn’t bother saying anything or replacing them.

And I’m pretty sure someone else started using my Tide pods, which annoys me because they aren’t that cheap. Not when they have cheap detergent down there.

I started switching out my laundry stuff because I was breaking out from certain scents in other products. I bought Gain before and used it until it ran out, but it was causing my skin to be itchy and blotchy. So I recently started switching back to Tide, and I just bought scent-free fabric softener and today I got scent-free dryer sheets.

My point is, I’m starting to buy the better stuff, so it’s slightly more expensive. I don’t feel like sharing my stuff if people are just going to take advantage of it. It’s not fair.

I was talking to C about it earlier because I was annoyed to have to leave the house on my only real day off to myself.

It’s not really my friend B who I’m having issues with, or his fiance. It’s the other one. He doesn’t do anything at all around the house, he’s messy, dirty, and he makes the most money out of everyone. B mowed the lawn earlier and weed whacked, and told me he waited so long to do it to see if L would do anything about it. He didn’t. Apparently he did it once last summer and none the summer before that. He’s very lazy.

I’m thankful for being given the chance to have a place to stay and crash for a little while, but I am beyond ready for my own place. There is something about just coming home to your partner or a quiet house and being able to unwind and relax. If I go to the kitchen, I want it to look like how I left it. If I need the bathroom, I don’t want to have to wait for someone else to get done. And I certainly am not cleaning the bathroom when it looked horrible upon moving in. It won’t stay clean, so what’s the point?

But at my own place? It’s going to be clean.

When M and S officially moved out in June, and C and I had the place to ourselves for two weeks, it was almost paradise. Sure, it was empty, but it was quiet. And peaceful. I felt relaxed so much more that way. I tense up around other people sometimes, and it’s nice to not have to talk to someone the moment you walk in the door.

And it’s nice being in charge of your own bills, not having someone else approach you about them. Plus, that way you also know exactly what you’re paying or getting yourself into.

I’m just ready. I can’t even get things prepared for the baby until we land our own place. And the baby is coming, very soon. Two months left. I don’t have much time anymore to play around with, and I’m starting to stress about it. I’m getting bigger and bigger, and baby is getting more and more active. I’m excited, I really am, I want to meet him. But I’m scared of not having my shit together and for it to be rough the first few months.

Anyways, what’s your take on roommates? What are some of your best and worst experiences? Let me know (:

Tell Me Your Thoughts Cancel reply

This site uses Akismet to reduce spam. Learn how your comment data is processed. 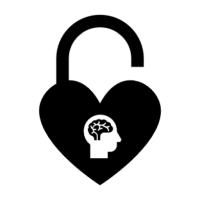 Just a blog about this and that

A journey of a thousand miles begins with a single step

The Happy Path
Scribbles and Bits

one at a time

Lions can wear glasses too